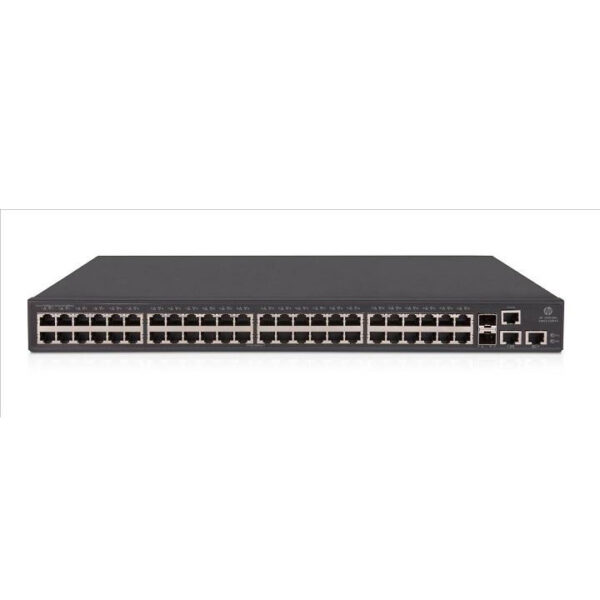 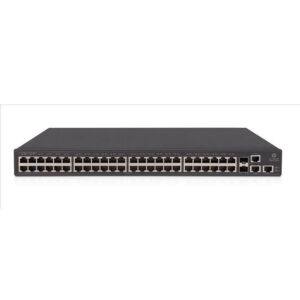 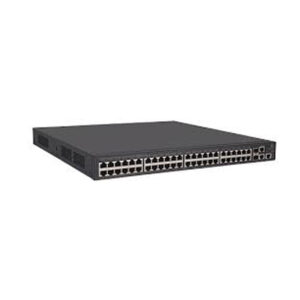 –       The HP 1950 Switch Series is a family of smart web-managed Gigabit switches with 10GbE uplinks for small business customers needing advanced high-performance connections. The series has 2 standard and 2 PoE+ models, 24- and 48-GbE ports, each with 2 10GBASE-T and 2 10G SFP+ high-bandwidth ports.

–       True stacking of as many as 4 devices allows them to be logically administered as a single entity. The switches support Layer 3 static routing on IPv4 and IPv6.

–       Each model of the HP 1950 Switch Series includes four 10GbE connections to connect to servers, network storage devices, or to other switches.

–       Two connections of 10GBASE-T deliver 10GbE over copper Category 6a cabling for simple, affordable, high-bandwidth connections to a maximum distance of 100 meters.

–       Logically group or ‘stack’ as many as four units of the HP 1950 Switch Series and manage this as a single entity, greatly simplifying network administration. Interconnect stacked units using 10GbE connections, with as much as 40GbE total stacking bandwidth connecting the units.

–       Use the intuitive web-browser based interface to configure and administer these smart-managed devices.

–       These devices support SNMP versions 1, 2c and 3, allowing administration of these devices from a remote SNMP-based management platform.

–       Units will automatically retrieve an IP Address from a DHCP server, allowing for near plug-and-play deployments.

Robust Security to Protect Your Network

–       The HP 1950 Switch Series lets you use Virtual LANs and access control lists to set bounds on what data can be seen by which users.

–       Leverage 802.1X with a RADIUS server to ensure only known and authorized users can access your network.

–       Multiple features guard your network from user or server spoofing and from malicious network-based attacks.

–       Distribute important links across multiple units in a logical stack for added resiliency. Units can even be in different buildings and still be logically stacked.

–       Power over Ethernet (PoE) models can be paired with an optional Redundant Power System which can maintain power even if the unit’s power supply fails, as well as supplement available PoE power up to 780 Watts.